One of the random things I did not know about until I got here is that the Japanese decided to build a replica of the in the 1950’s. They call it and it’s actually fairly close to my apartment. http://en.wikipedia.org/wiki/Tokyo_Tower 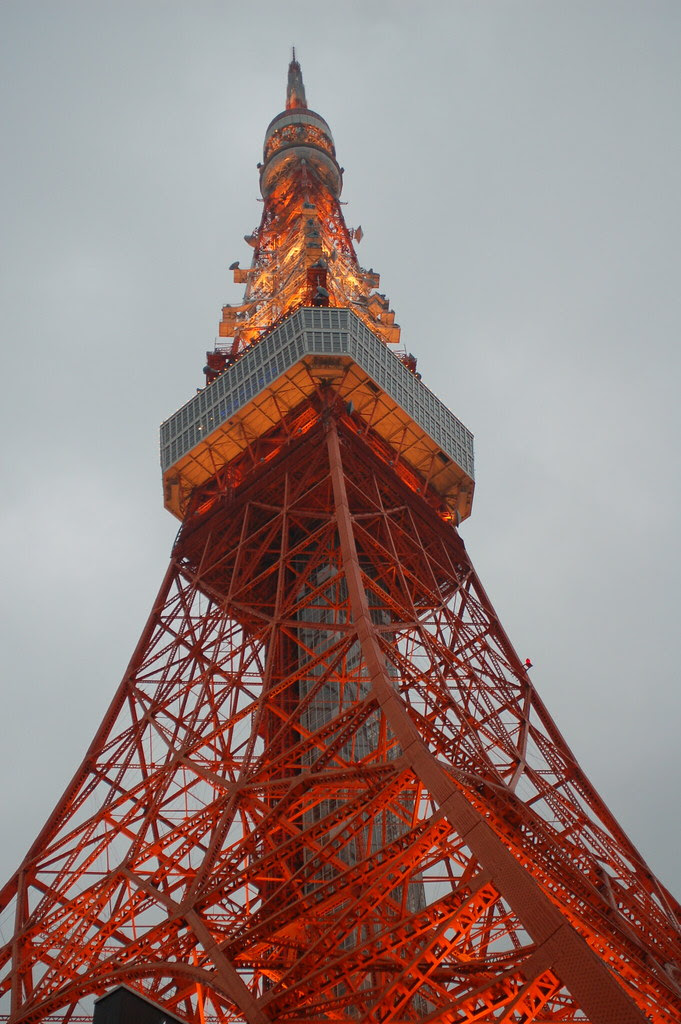 I have a great view of the tower from the living room in my apartment, it’s especially cool looking on cloudy nights, which since it’s rainy season has been almost every night I’ve been here.

Here’s what it looks like at night from my apartment (click on the image to see a bigger version): 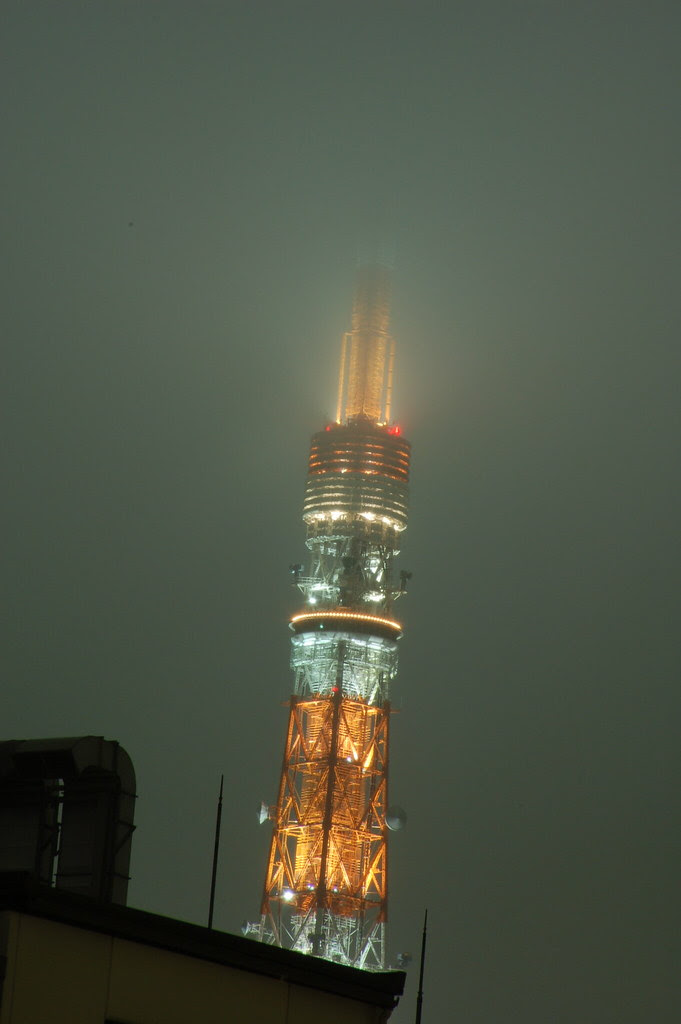 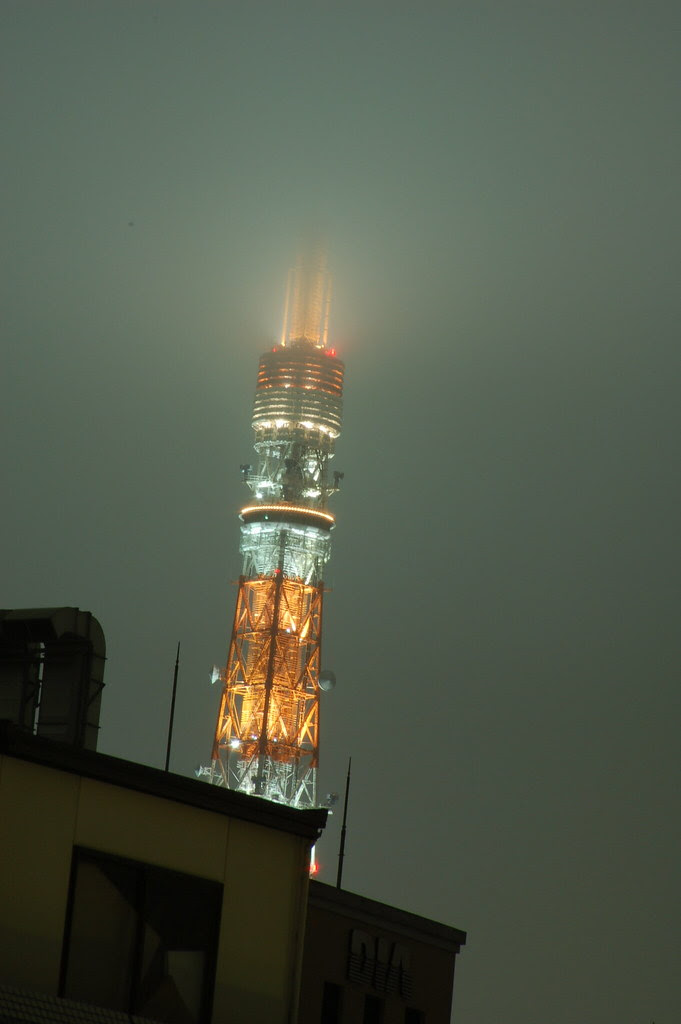 This is what it looks like from my place during the day, it's not quite as cool: 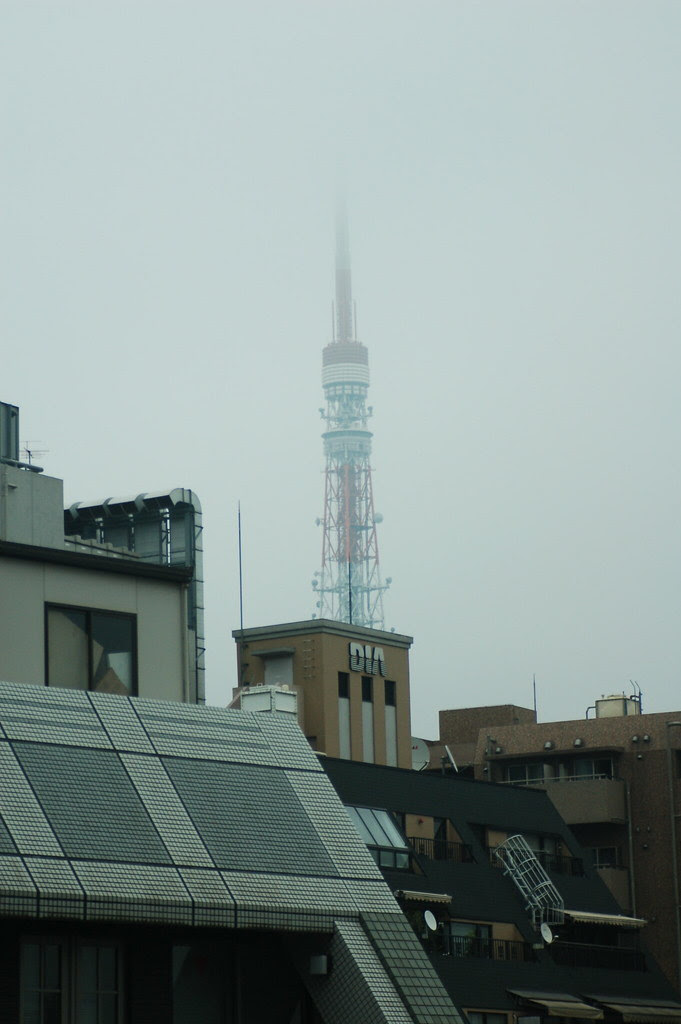 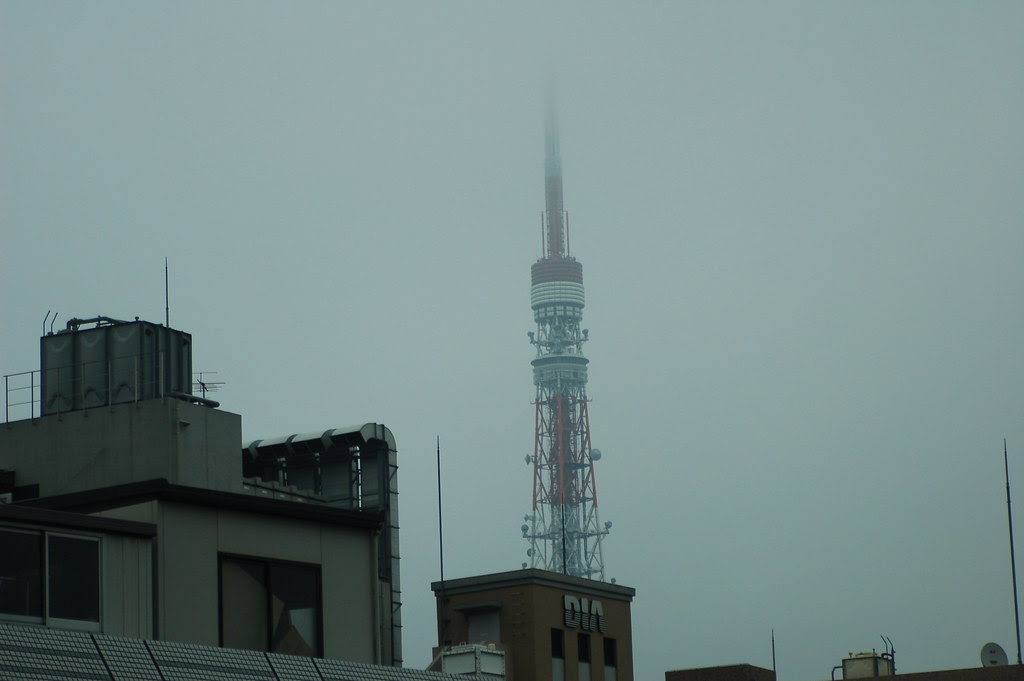 I actually jog to the tower fairly often and jog around the base of the tower. I haven’t yet taken the time to go inside to see the attractions at the base of tower or up the tower, I’m waiting for clear weather which still seems to be months away. The Japanese have a habit of mixing odd things together, which in the case of the tower means that there is a bizarre facility directly under the tower with an aquarium, a wax museum, an art gallery and something called the “Mysterious Walking Zone”.

The other thing that is a little odd is that unlike the real , the is painted orange and white for airplane safety which doesn’t make it quite as aesthetically pleasing. I recently took my camera when I passed through the area, here’s what the tower looks like up close and personal: 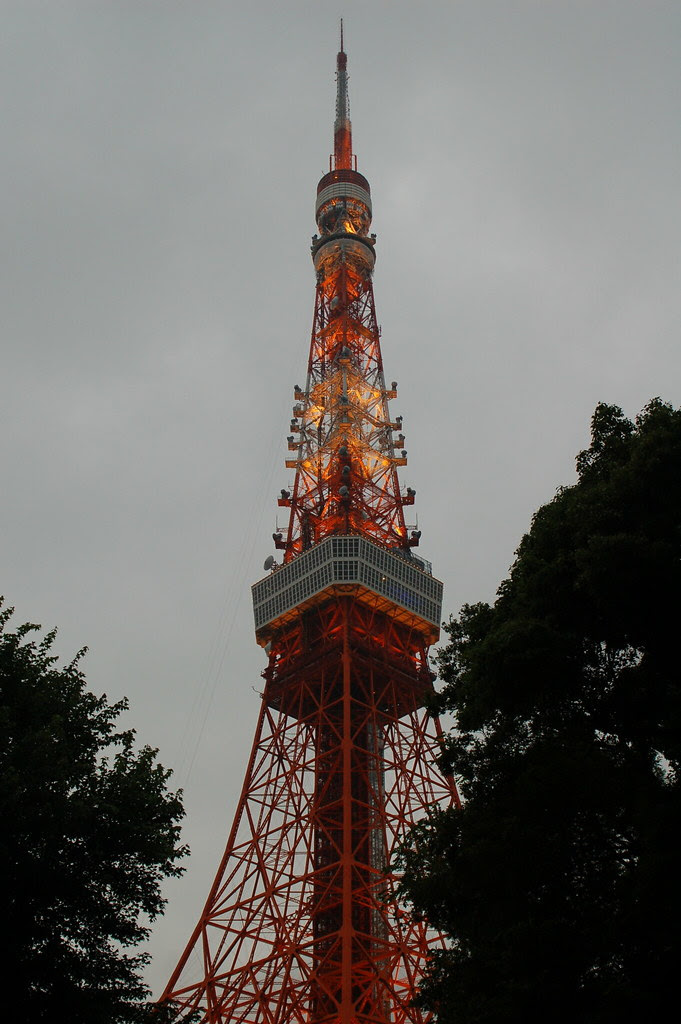 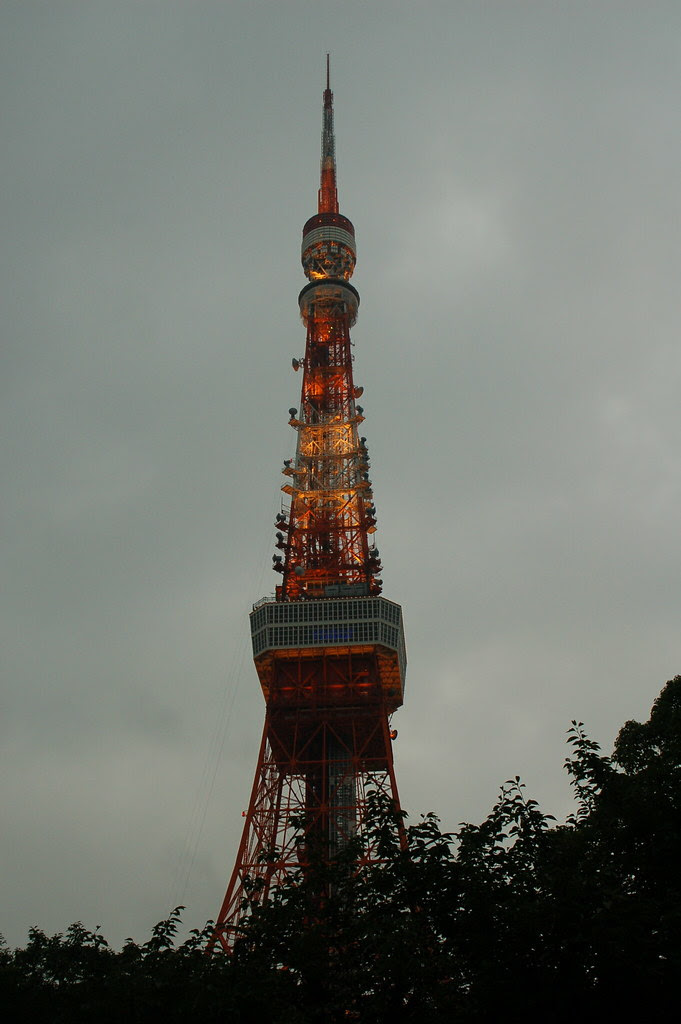 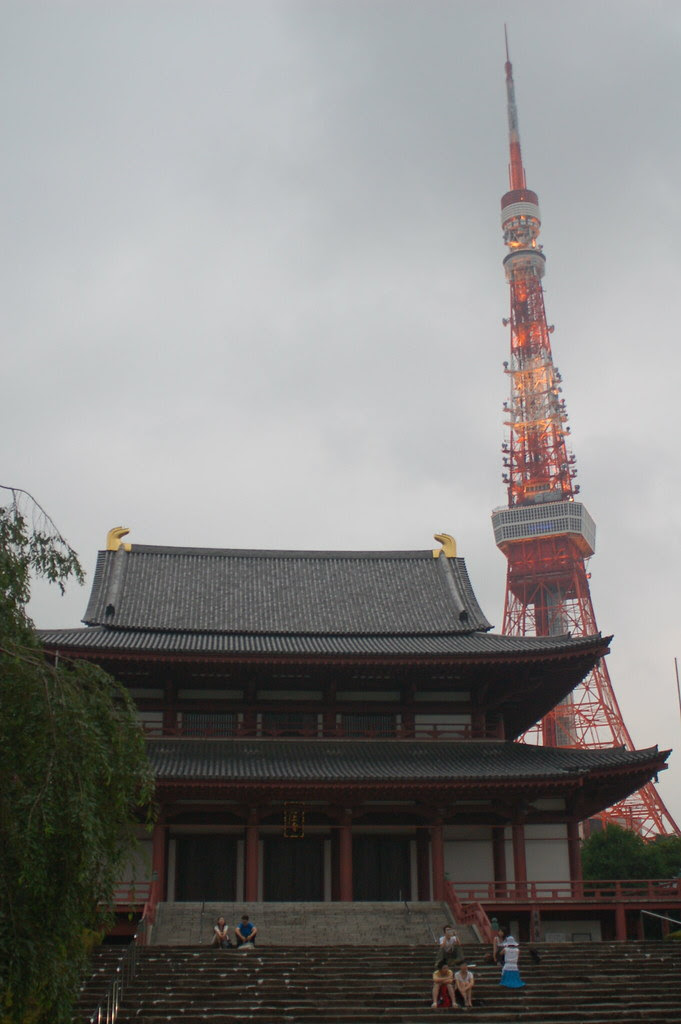