Not too much exciting has happened in my first few days here in Tokyo, because of the jet lag I am in the bit of a stupor most of the time, so basically my life for these last few days has been nothing but going to work, coming back to the hotel and passing out around 7 or 8 PM. The unfortunate side effect of is waking up about 4 or 5AM, which is great if you want to talk on the phone with someone in the US but not so great if you plan to actually be awake during Tokyo business hours. So, I've been working on going to bed one hour later a day and waking up one hour later a day, hopefully soon I'll be sleeping during a normal time frame. 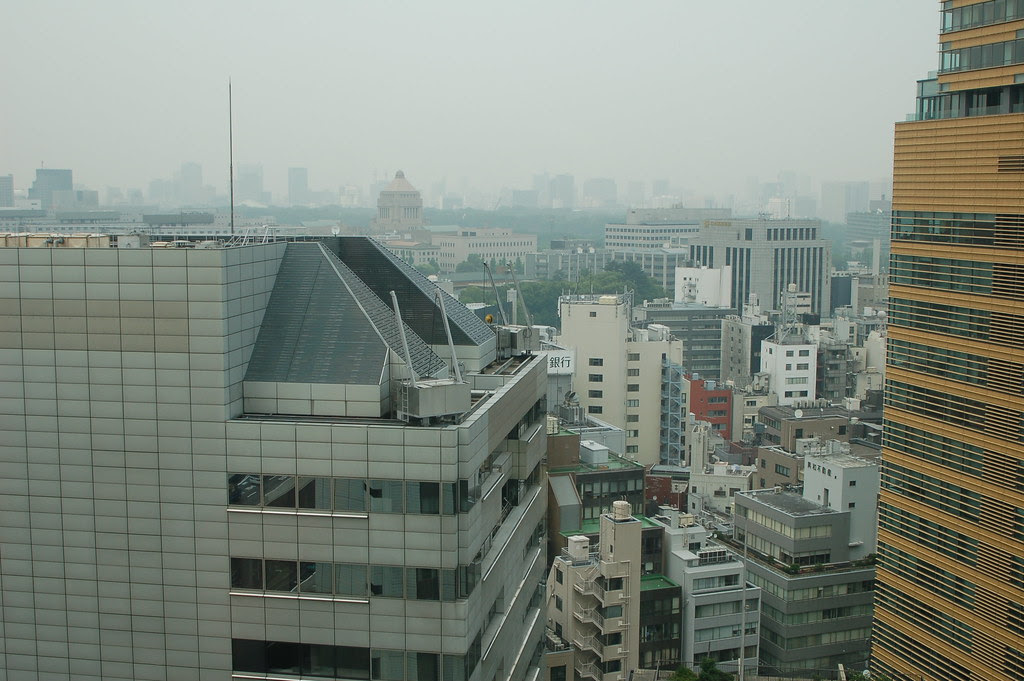 Unfortunately I learned that June is rainy season here in , so it's rained basically everyday I've been here and the forecast calls for rain everyday for the next ten days, when it isn't raining it's hot and very humid. As you can see from the view out my hotel room window it’s pretty hazy, and this is the clearest it’s been so far.

Needless to say I haven't done much exploring given the weather and my zombie like state. Sadly I've even resorted to using room service for about half my dinners, the other half have been at restaurants on a direct line between my office and hotel. I normally avoid room service like the plague, the food is generally terrible, the prices really high and it's such a waste of a chance to try new foods in a new city, but when you are falling asleep standing up at 5PM room service is a great thing.