I was walking to work on Monday the 10th and I was really surprised to come across a construction crew building a pirate ship. That definitely stopped me in my tracks, I mean it’s not everyday that you come across a pirate ship in the middle of . It turned out it was being built for the Tokyo premiere of “Pirates of the Caribbean: Dead Man’s Chest”, later in the day I went back down to the theater to take another look and the red carpet was all set up and a huge crowd of fans were all over the place. Apparently Johnny Depp and all the other stars later came and walked down the red carpet, by the time that happened there were so many fans around that you couldn’t even come near any of this, here’s what the set up for the premiere looked like:

The Pirate Ship (click on the images to see larger versions): 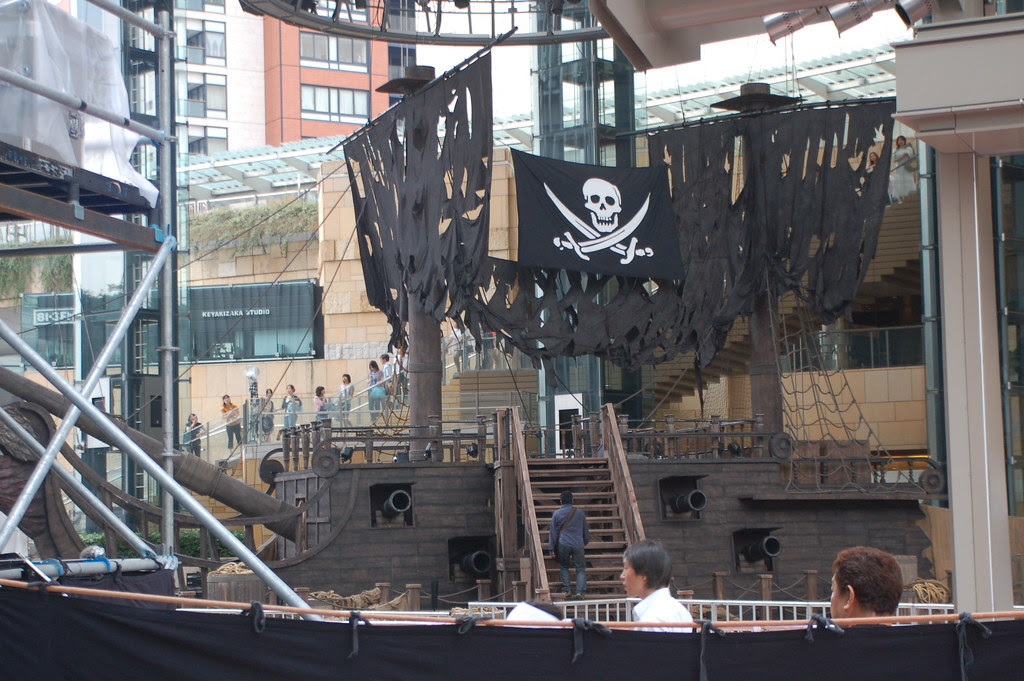 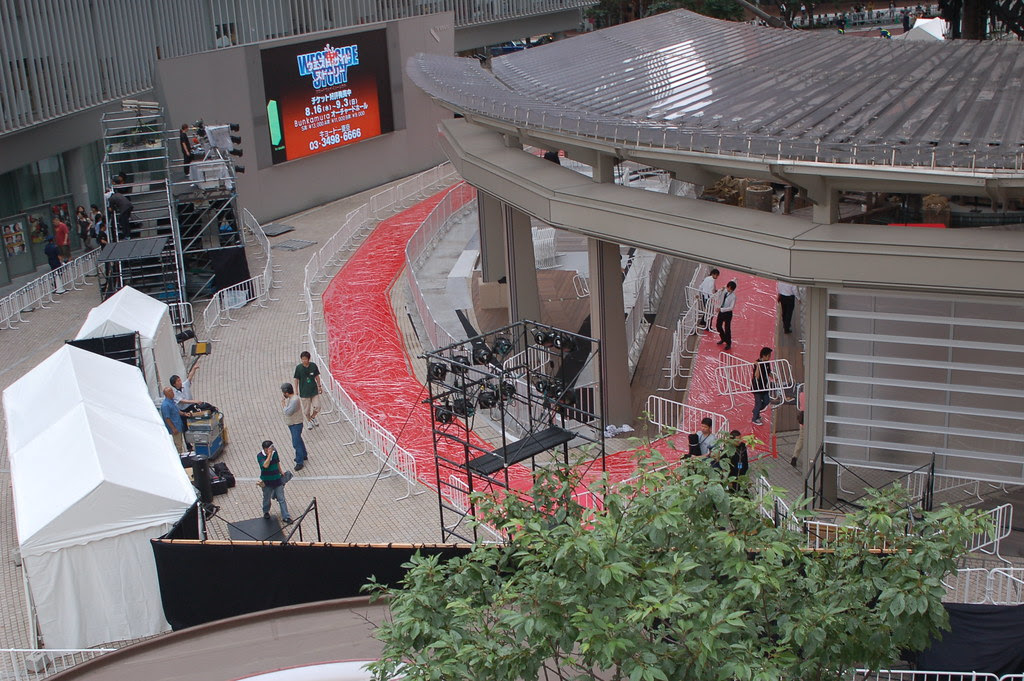 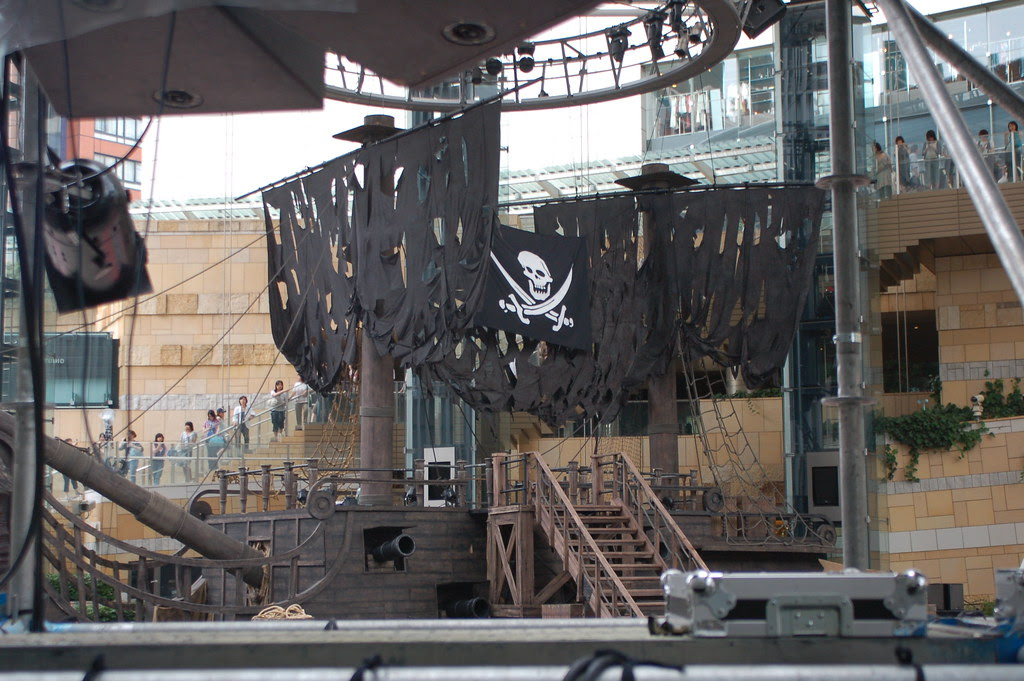