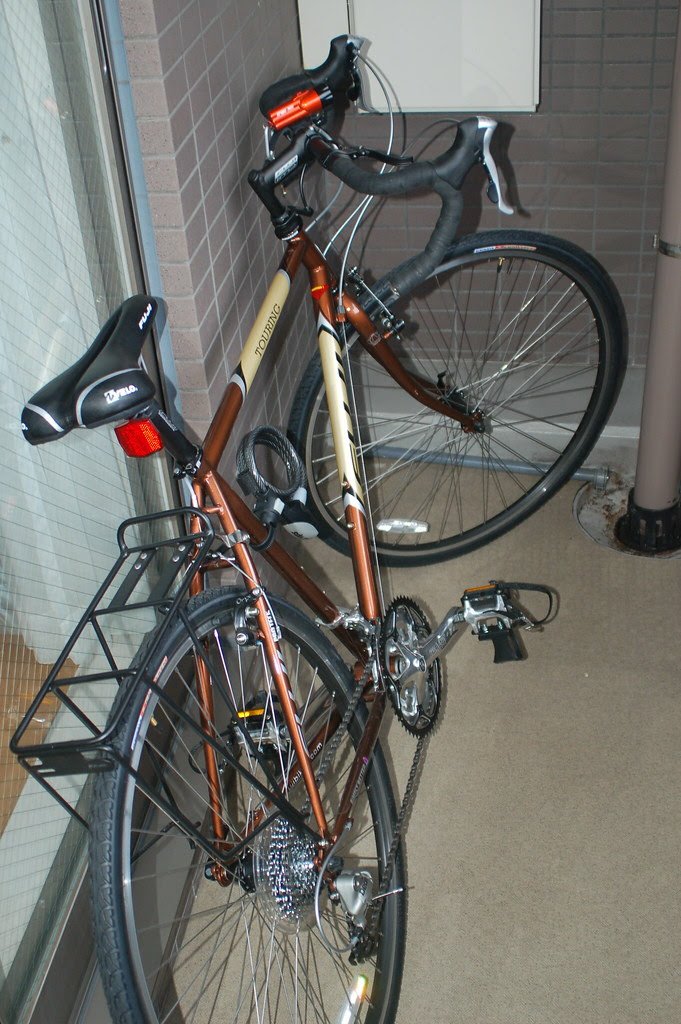 As many of my friends and family know I really like biking and I spend a lot of time on my bike when I am at home in the . So, because of my love of biking I had been considering getting a bike over here for a few weeks to explore and to work out on. is a really bike friendly city, people ride bikes everywhere here. And amazingly enough there is so little fear of crime that many people leave their bikes on the street with NO LOCK!!!

There is some amount of bike theft here, and one of the main ways they deal with it is that all bikes are required to be registered with the police. The registration happens when you buy the bike, and you aren’t supposed to buy/sell a used bike without the police registration paperwork that proves that you own the bike.

I thought about buying a used bike like I did when I was assigned to work in but as soon as I learned that the police registration forms are in Japanese I decided I had better stick to bike shops with new bikes. My worry with used bikes was that someone could have sold me a stolen bike and given me a random piece of paper that had Japanese characters on it and I wouldn’t know whether I was getting the registration or a receipt from a restaurant.

So, I shopped around at local bike shops for a new bike with the plan of reselling it when my time here in comes to an end. Based on talking with the guys at the bike shop and some expats on the street who had nice bikes, it appears that I can count on getting 50% to 60% of what I paid back by selling the bike either on the web, newspaper classifieds or using neighborhood message boards.

I spent some time mulling over whether to get a cheap bike or a nice bike and I have to admit I bought a nice bike. Most people in use really cheap one speed bikes (literally no transmission) to bike around the city. There are millions of those bikes around and amazingly enough many people don't even lock their bikes, they just prop them up on the sidewalk with little fear of theft. I looked at and tired various cheap bikes like that and a few more moderately priced bikes, and didn't like the feel of them all that much. One of the issues with the cheap bikes is that a lot of the bikes here also have small frames, because of how short people here are. So when I test rode a lot of the cheaper bikes I looked like I was on a clown bike. 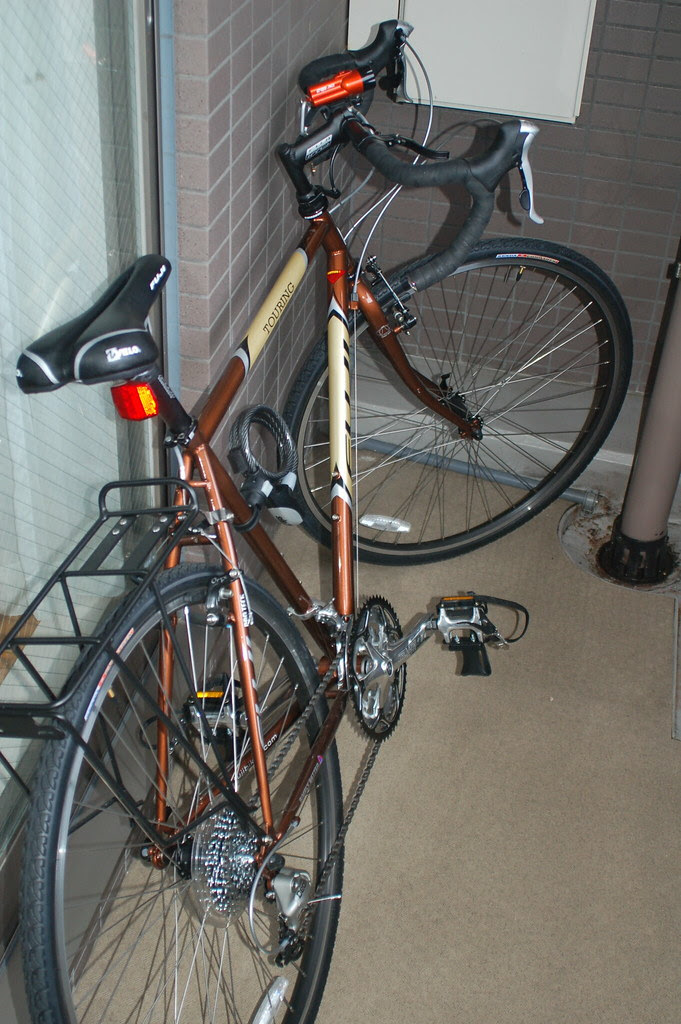 So I ended up buying a nice hybrid which is good for streets, it's a road frame but with much wider tires, which is very important for the riding here. During my home leave I poached all my bike stuff (helmet, etc) off my bike, and now I’ve been checking out via bike. Now, I just have to make sure to remember to look the wrong way ( drives on the English side of the road)